Sometimes knowing what to avoid is more important than ascertaining the exact best choice. Not getting killed can be a good enough strategy on its own. The recent sell off and rally have contained some of the biggest one days moves – ever. Some commentators have opined that current prices reflect a lack of alternatives. Perhaps. And perhaps companies, with expected earnings, deserve higher multiples in an environment distorted by low yield and a competition for assets with the Federal Reserve. We do know there are places we would not want to invest. The auto industry seems particularly distorted and immune to our efforts to understand wherein lies value. Tesla, purveyor of 367,000 units per year, has a valuation in excess of all 3 (formerly ‘Big”) US automakers, combined. Alternatively, for those looking for some type of relative valuation versus companies with a history of profitability, Tesla is now worth more than the world’s (formerly) largest automaker, Toyota. 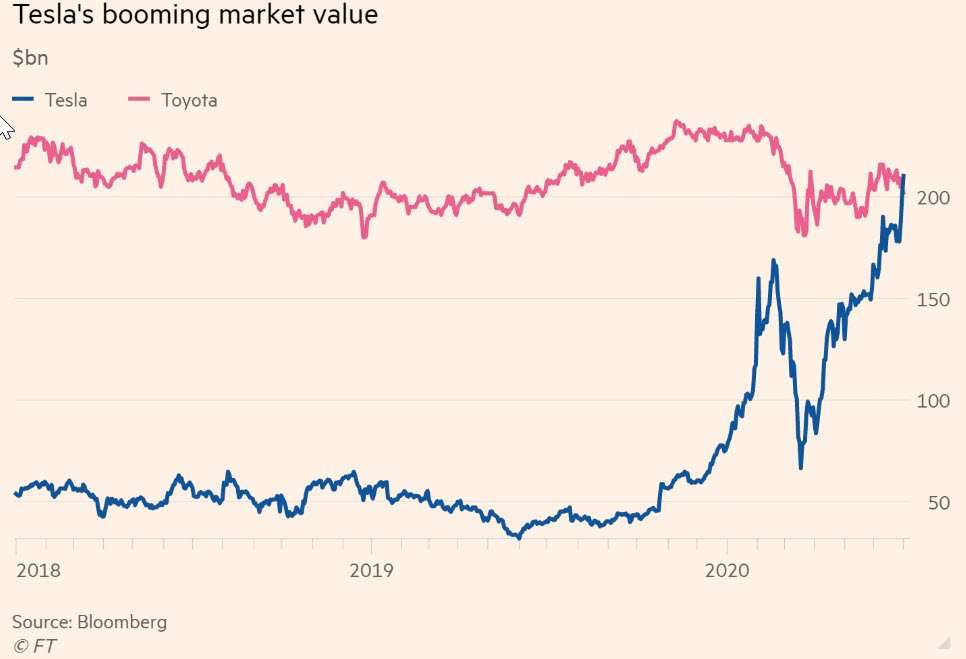 Some may think the next chart is unrelated, we think not. 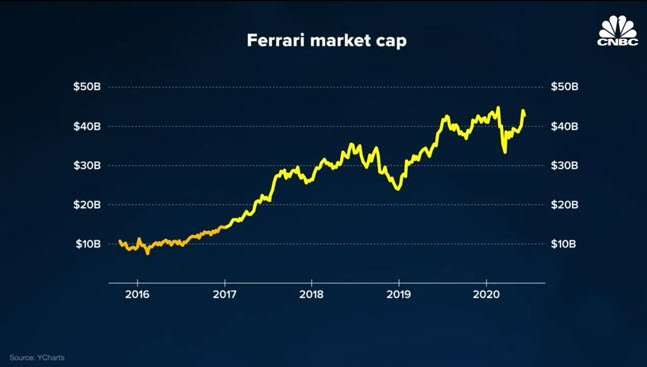 As a trade, we think going long one of these stocks and short the other, the long/short Tesla versus Ferrari looks to be one of the most challenging pairs we have ever seen. If it might possibly matter, we note Ferrari produced a company record 10,000 units in 2019. Opportunities exist in this market, whether looking today or at the nadir this past March, to fund companies and industries with earnings and sales that can be reasonably anticipated in a known timeframe, and we suggest investors look for them.