The traditional approaches to finding undervalued stocks use a simple ratio such as P/E or P/B, or a mix of them.  These common approaches to value come with many shortcomings:

Efforts made by well intended managers using traditional Discounted Cashflow Models (DCF) have their own shortcomings:

With this in mind, nobody should be surprised by the fact that the majority of money managers underperform.

Unlike traditional valuation approaches that utilize highly sensitive perpetuity assumptions, the Applied Finance approach incorporates the widely accepted economic reality of competition by gradually decaying Economic Margins to zero. This essentially eliminates the excess spread a firm generates above or below its cost of capital to then discount those cashflows without a perpetuity. 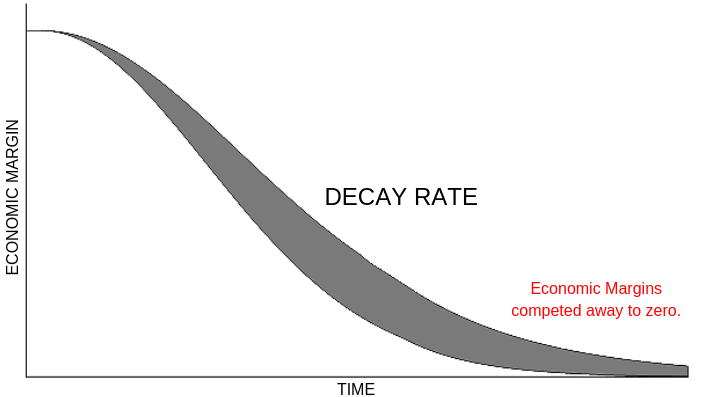 Applied Finance summarizes this information in their Intrinsic Value report, which is available for 20,000 companies worldwide. Below is an example intrinsic value report of Constellation Brands, which has traded below its intrinsic value
and has been a long-term holding.

Applied Finance has estimated an intrinsic value for each company in its database, on a weekly basis for over two decades, leading to over 20,000,000 company specific valuations.  This rich research asset enables Applied Finance to better understand its investment decisions relative to other investment managers.  It’s an Analytical Advantage no other firm comes close to replicating.

While others chase returns, Applied Finance knows that patience is required for the intrinsic value gap to close.