There is no easy way to properly describe the market movement of the past 14 months, which has undergone three extraordinary phases. The 1st phase was a quick, drastic, and indiscriminate sell off of equities across the board. The 2nd phase was a sharp move towards high profitability, high growth firms. The current and 3rd act ushered in a move towards low multiple “value” stocks. While most of the investment community had been sounding the alarm that “value” was significantly undervalued relative to growth for years, we disagreed. However, by September of 2020, from an intrinsic value perspective, “value” finally did become statistically undervalued relative to growth. (Valuation Analysis – Time to Reconsider Large Cap Value & Growth Allocations)

Given the intrinsic valuation disparity that existed between “value” and “growth” companies in the large cap space, we are not surprised at the transition to value stocks since last fall. Since the beginning of November, the Russell 1000 Value has outperformed the R1000 Growth by nearly 15%, offsetting part of Value’s underperformance in the first 11 months of 2020. Value’s outperformance was driven by the traditional cyclicals – the Energy and the Financials, due to Value’s heavy exposure to the two sectors. Both sectors extended their extraordinary outperformance in 20Q1, thanks to continuously rising oil prices and steepening yield curve. In fact, the surge in commodity prices has been very broad, beyond the crude oil. Almost all commodity prices are higher in 2021Q1 versus a year ago and pre-pandemic 2019Q4, including energy (coal and natural gas); agricultural products (coffee, tea, coconut oil, fish meal, rice, soybeans, sugar); raw materials (logs, cotton and rubber); fertilizers; and industrial metals (copper, aluminum, iron ore, lead, nickel, tin and zinc), literally everything. Partly because of surging commodity prices, investors have expressed growing concerns over inflation, pushing the 10 Year US Treasury yield to ~1.7%, up from 0.92% at the end of 2020.

A result of COVID lockdowns and the tremendous monetary and fiscal stimulus unleashed by governments around the world, is consumers in the world’s largest economies amassed $2.9 trillion in savings during COVID-related lockdowns, including nearly $1.6 trillion in the US alone. While those enormous savings are yet to be spent, the Biden administration passed another $1.9 trillion rescue bill in February, which for sure will turbocharge the economy in the near term. The Fed now expects the US economy to grow 6.5% in 2021, up from December’s 4.2% expectation, and some economists expect 2021 US GDP to grow as much as 9%. Is higher inflation in order? For sure. Higher inflation concurrent with above average economic growth should be ok, however. The question is will inflation get out of hand, with economic growth stalling in the mid-term future, reviving stagflation?

The Fed has been trying to assure us higher inflation is expected in 2021, but that it will be transitory. The Transitory Inflation camp argues that technology advancements and productivity gains will continue to play the role of a secular deflator, to help offset labor cost increases if there are any. Given that the unemployment rate is still nearly 2.5% higher than the pre-pandemic level in the US, the labor market still has slack rather than being an inflationary concern. Then there is housing. Home prices have been on an upward trajectory but home ownership is regarded as an investment and the home as the asset. It is house rental prices that are counted in determining inflation. House rental rates have been falling and will take a while to recover. Lastly, the cost of capital. The belief is with the Fed committed to keeping the Fed fund rates at near 0 until 2023, the cost of capital can’t be a systematic inflator in the foreseeable future, people argue.

These are obviously very complicated issues, and the Fed is not the only one having a say. The 5-year breakeven inflation rate, which implies what the market thinks the inflation rate will be on average over the next five years, reached ~2.5% in March, its highest level since July 2008. Maybe this time the US economy will reach the Fed’s inflation target of 2% in a sustainable way? But will the economic growth also stay at a healthy 3% to justify 2% inflation?

A significant number of economists argue the last rescue bill of $1.9 trillion passed in February, might be wasteful as it will have a limited multiplier impact on the economy, since it is unleashed at a time when the economy is already expected to fire on all cylinders. Despite the limited bang for the buck, US federal debt will surpass 130% of GDP in 2023 and increase further thereafter. Higher interest rates will simply make high debt levels materially worse at the federal level. Then, there is a relatively high possibility that the US will undergo the largest tax increase in history as soon as later this year.

The Biden administration just announced its tax reform proposal, which calls for the US corporate tax rate to grow from the current 21% to 28%. US personal income taxes on individuals and households that earn over $400,000 annually will also be raised to 39.6%. Capital gains tax for individuals who make over $1 million annually will go up as well. Tax rate hikes will almost undoubtedly result in economic growth deceleration, job reduction or at least less job creation. The last time the US underwent a large tax hike was in 1993 when President Clinton signed omnibus legislation that raised the gasoline tax and increased the top marginal income tax rate by one-third. From 1993 to 1997, the US economy grew at 3.3% per year, below potential and real wages declined at 0.06% a year. The backlash cost Democrats control of Congress and swept in the first Republican majority of the House in 40 years. The economy began to expand faster in 1997 after Congress passed a tax cut, which reduced the capital gains rate from 28% to 20%. From 1997 to 2000, the US economy grew at an annualized rate of 4.4%, and real wages grew 1.7% per year. While tax policies in the Clinton years were not the only reason behind the economic growth discrepancy in his 1st and 2nd term, they certainly played an important role.

While the vaccine-driven economic reopening, alongside the $6 trillion deficit financed spending, will turbocharge the US economy in the coming 1-2 years, side effects may result in high inflation, asset bubbles, and even fiscal crises. It is indeed concerning a historically high tax increase might be implemented at a time when the economy is entering some new kind of unchartered waters. It is pure math that higher corporate taxes will increase the cost hurdle of starting and operating businesses. Raising personal income taxes and capital gain taxes will reduce companies’ ability to raise funds for new investments due to higher required rates of return by investors.

It must be noted the Biden administration is marketing the tax hike proposal as the means to fund an ambitious infrastructure package that will cost $2.1 trillion in its first phase. We support infrastructure spending and believe true, smart infrastructure investment is critical to sustain America’s competitiveness in the global economy. The details of the infrastructure bill, however, seem to reveal a rather limited percentage of the spending actually fits the commonly accepted infrastructure project definition. If that is indeed the case, this “infrastructure” package likely can’t justify a meaningful tax hike, let alone the biggest tax increase in American history.

Can a richly valued US large cap equity market cope with the prospect of higher inflation, higher borrowing cost, and higher taxes? From a discount rate perspective, Applied Finance’s median Market Derived Discount Rates (MDDR) for industrial firms in the past 13 years (from 2008 to 2020) is nearly 60 bps lower than the median from 1980 to 2020. Interesting enough, incorporating the 10 Yr US Treasury yield into our MDDR calculation, the median Equity Risk Premium (ERP) per our estimates, is nearly 60 bps higher since the financial crisis than the median in the past 4 decades. Some say low treasury yields are actually the reason behind a high ERP, as low yield suggests a potentially volatile macro-economic environment with low growth implications. Therefore, should the ERP decline with higher yields? Maybe it will if higher yields reflect a vibrant economy that grows at faster real rates? Maybe it won’t if higher yields reflect higher inflation without better economic growth? From a cashflow perspective, higher tax rates will result in lower earnings and cashflows, everything else constant. Companies in different industries and with different market positioning will have different abilities to pass higher taxes to employees and customers to potentially keep earnings and cash flows intact. However, we don’t expect that the overall economy can deliver the same or higher growth rate in a higher tax rate environment.

In our last quarterly review, we discussed Financial firms’ ERP being ~8.9% in nominal terms, their highest point since 1980. Everything else equal, Financials appeared to be more attractively priced than the industrial firms. Three months later, Financials still command an ERP of ~8.5%, Together with a steepening yield curve and growing economy, Financials probably enjoy better protection against inflation thanks to their growing earnings power and hefty implied ERP, relative to their Industrial counterparts. 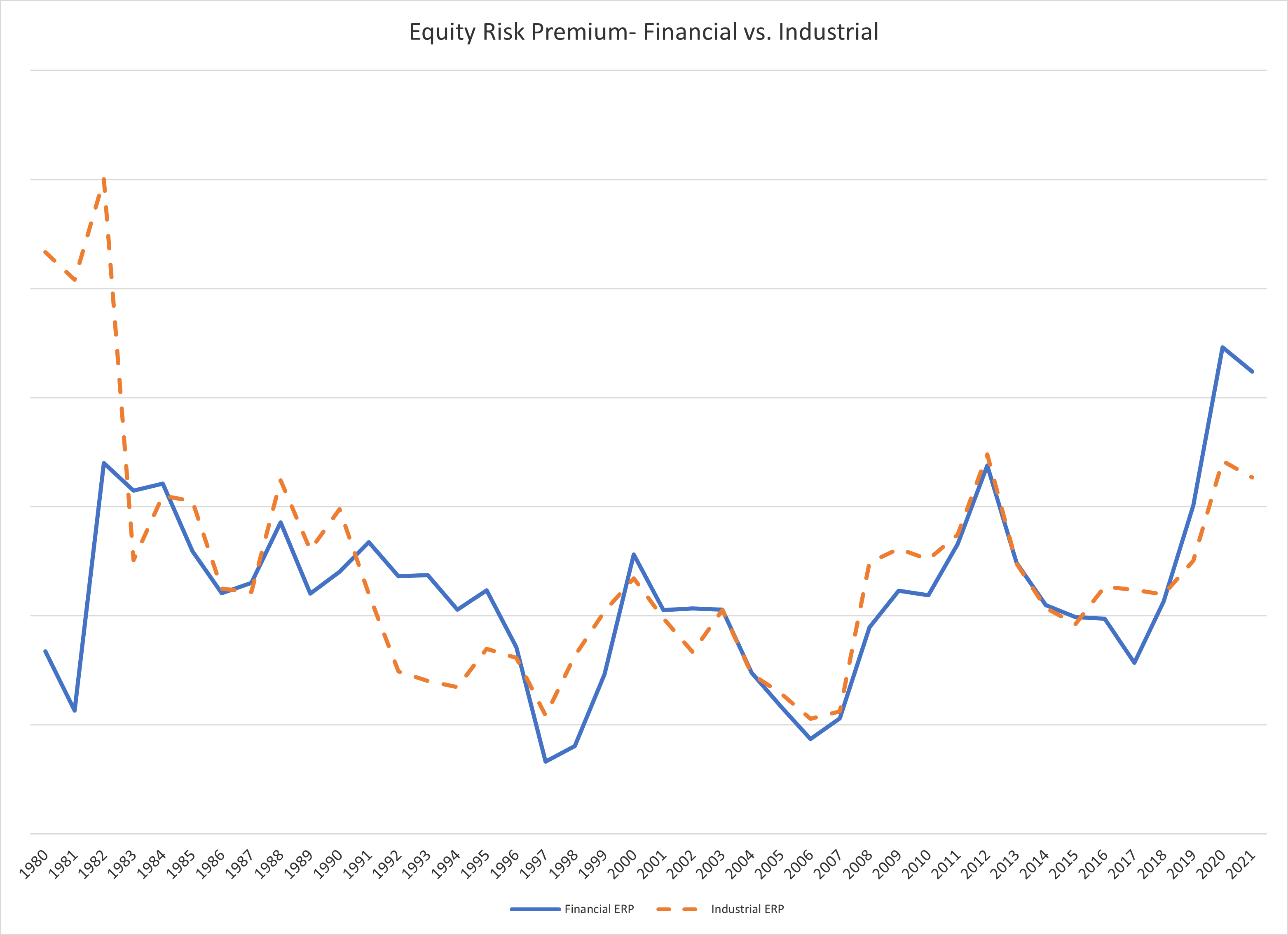 We believe the Valuation 50’s holdings have navigated the Covid-19 induced economic volatility fairly well, and they are well-positioned to perform strongly during the reopening, economic growth phase of the foreseeable future. We stressed in our 20Q4 newsletter that over longer time horizons, since the mid-90s, Large and Growth factors have not consistently generated alpha. This observation was quickly proven true YTD, as Large and Growth significantly lagged Small and Value. While those traditionally defined style factors are helpful in explaining short term performance, we believe in the long term, it is valuation that delivers alpha. The Valuation 50 is a Valuation Driven strategy seeking outperformance by investing in companies with attractive valuation and sustainable operational advantages. The Valuation 50 is unbound by conventional style labels and has outperformed the SP500 by almost 140 bps a year since its inception in June 2004. In the year ahead, we expect to gain greater clarity on companies’ future prospects and we plan to perform valuation stress tests to understand the intrinsic value resilience of companies in our portfolio given a higher interest/tax rate environment. We will continue to focus on companies’ fundamentals and their valuation attractiveness.

Finance is in a funny place now. Corporate finance operates under the guidance of the NPV Rule. NPV Rule provides the following guidance to corporate executives: To the extent a corporation sources investment opportunities with [...more] 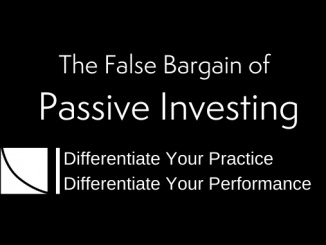 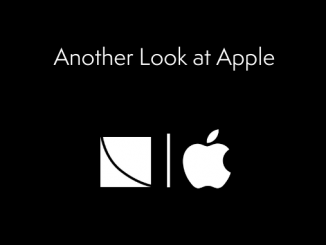 Another Look at Apple 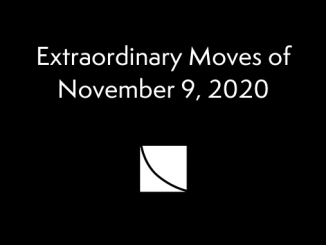