For September 2020, we have put together some visual highlights of the state of markets over the past month. We touch on energy stocks, European banks getting crushed, insights on value investing and a humorous look at analyst estimates.

When if ever will oil stocks stop their relative and absolute decline which in recent months has been nothing short of calamitous? Estimates are that energy stocks will soon comprise less than 2% of the S&P 500. While we note stories such as the export of new small nuclear reactors from Korea, we suspect that the complete doom for oil related companies might not yet be at hand. We also note, however dirty, many fossil fuels are still discernably cleaner than the 20 new coal plants recently announced by China. A recent chart that captured our interest was that of British Petroleum, for the last 25 years:

Yes, we do know that the chart does not include dividends and the (lucky?) owners of BP have certainly fared better than holders of German bank stocks which have a total return that is negative for a similar and very depressing amount of time.

Good Morning from #Germany where German banks index got another hit by new corruption allegations. Dropped a further 10% in the past 3 trading days. All listed German banks have a combined mkt cap of ridiculous €21bn. pic.twitter.com/jatY6r5a3F

A more interesting comparable is that of Exxon versus the S&P 500 and the price of one barrel of West Texas Intermediate crude oil.

Found this chart to be very interesting.

Here we note what appears to be a notable divergence between the market and more dramatically, the price of oil itself. Aside from shifts in the longer-term prognosis for the use of fossil fuels in the global economy, what else might be destroying the valuation of energy related stocks?

A recent report from Bloomberg observed that Environmental and Social Governance (ESG) assets had now reached $40 trillion globally. While our knowledge of supply and demand elasticities might be limited, we do feel confident enough to state that flows of this magnitude will definitely drive prices. Investors might ask whether prices driven by ESG mandates reflect fundamental values or social ones?

2020 has been a year of extremes, though the 10-year underperformance of Value versus Growth has now been a decade in the making.

Value stocks’ massive underperformance this year & those leading up to it has led to worst ever 10y annualized return relative to Growth @SoberLook @BankofAmerica @Fama_French pic.twitter.com/nDHfokcqmd

Some have observed, perhaps very correctly, that value stocks have little intangible capital, such as that extant in Technology, and the so-called FAANG stocks in the United States and the BAT stocks within China. Valuation measures that exclude intangibles now exclude as much as 80% of market assets.

Idea: A value ETF that includes intangibles in its price-to-book ratios. To trade with the ticker $UCANT (TOUCH THIS) pic.twitter.com/ZkKNmwPjVr

Interestingly, it is among smaller companies where the exclusion has the greatest impact, as pharmaceutical and biotech spend heavily on research and development, comprise a much greater share of small capitalization stocks (15%) than large capitalization (7%) stocks.

Looking closer at the small cap universe, we see the percentage of non-earners at historic highs. Collectively, the charts and observations above, suggest opportunities in small stocks with earnings in boring industries, places where hard work is done.

Other charts we find interesting/amusing:

A Guide For First Year Analysts In Creating A Price Target pic.twitter.com/0eoK2proZm

The Nasdaq and negative yielding bonds are both worth roughly $15T

China Now Has More Companies In The Fortune 500 Than The US | Zero Hedge https://t.co/QfLXlokqD3

AliPay does more payment volume than Visa and Mastercard…COMBINED!

“This year’s gap between $SPX best/worst sectors is unusually wide. TECH is up +27% and is the top-ranked sector. ENERGY is in last place, down -47%.

The differential of 74 points was the widest through Sept. 15 for any two sectors since 2000.” pic.twitter.com/8qE1Zmn8hp

Smith and Wesson five year chart. Is it predicting a Trump loss? Started to rise in April after four year slump. Stock is up 3% pre-market. h/t @EddyElfenbein pic.twitter.com/v7EnWO4tts

What drives equity returns? In aggregate, mostly sales growth and not multiples. But there is more than just that. The balance sheet and distributions matter as well. Introducing a fuller return breakout with @verdadcap. https://t.co/bNmisVnVrh pic.twitter.com/5elf521YpC

Value Investing: When History May Not Be Enough https://t.co/TYWmmKioao

Hey Elizabeth, Theranos used to be worth $9 billion, can you tell us how much it’s worth now? pic.twitter.com/sI3F1lES94

Not annually but cumulatively.

In the last 5-years SPY has returned zilch during the intraday session on Friday.

Don’t get tied to your longs today.

Trade it don’t date it. pic.twitter.com/hU3LspYszv

The Fed now owns a total of 22,913 different securities according to Bloomberg. It is the world’s biggest investor pic.twitter.com/xTB1lkudLg

How big is the bond market? pic.twitter.com/OrJ5MBxqxz

The Age of Tech Giants… pic.twitter.com/pbik5ov4hU 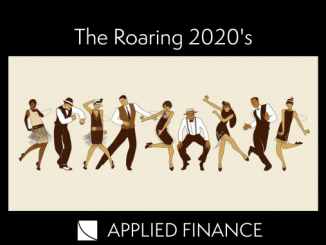 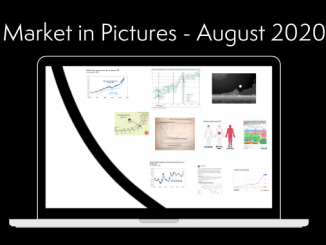 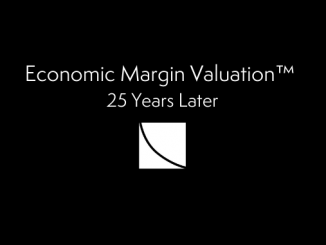