In the spring and early summer, many were baffled how the equity market could engineer such a rally while the US economy was still free falling into a pit of fast declining consumption and a depressing prospect of unprecedentedly high unemployment. The SP500 rebounded quickly from its March 23 bottom and has appreciated nearly 50% since. The disconnect between the equity market and the real economy seemed profound. Indeed. However, it is important to remember, the equity market is never “connected” to the economy as a concurrent companion but rather a leading indicator. While we had to wait until late August to know the US GDP shrank an annualized 31.7% in the second quarter, extraordinary actions had been well underway to put that statistic in the rearview mirror.

In early to mid-March, the US Fed already cut interest rates to near zero, offered almost unlimited support in the overnight lending markets, and restarted quantitative easing with an open-ended commitment to purchase government debt. In an unprecedented manner, it also promised to extend direct loans to businesses of all sizes. Those extraordinary monetary measures were complemented by bold fiscal actions which would inject nearly $2.8 trillion into the US economy, including direct cash to consumers, and loans and grants to small businesses, hospitals, and state and local governments. Importantly, similar actions were adopted worldwide in a swift manner. According to the International Monetary Fund (IMF), by early May worldwide governments have implemented expansionary fiscal policy measures worth nearly $9 trillion or 9.8% of global GDP in 2019. Moreover, a $860 billion package dubbed “Next Generation EU” was passed in July, EU’s first fiscal stimulus proposal, funded by bonds issued by the EU itself, rather than by individual governments of its member states. Unlike in 2008/2009, the EU leaders acted quickly to safeguard the economy of the union this time around.

On the monetary side, the European Central Bank, without much room to maneuver on interest rates, launched a new, €750 billion bond-buying program in mid March. As for Japan, between increased corporate bond and commercial paper purchases, and special lending programs, the Bank of Japan will provide just over $1 trillion in liquidity to the economy. China’s central bank also cut interest rates several times and injected approximately $650 billion of liquidity into the economy as of early June. Investors worldwide, clearly foresaw and believed those swiftly launched global fiscal and monetary bazookas would succeed in stopping the bleeding from the pandemic and well position the global economy for a quick recovery. Therefore, well before the economic trough was reflected in the actual data, worldwide equity indexes rallied in anticipation of an ensuing recovery, with particularly strong performances from the DAX, the SP500, Nikkei, Kospi, and Shanghai. Separately, oil prices dropped to historically low prices and still hover around very low levels at approximately $40 per barrel, providing further support to a sustainable recovery.

The government lock-down induced worldwide recession was unlike the ones we experienced before and would promise to end quickly once the economies reopened. All the fiscal and monetary support will only make the recovery faster. What is surprising about the recovery in the US, is it was led by an incredibly strong rebound in automobile sales and the housing market. US vehicle sales have now risen for four consecutive months from April to August. August new vehicle sales totaled 15.2 million SAAR (Seasonally Adjusted Annual Rate) units, down 11% from a year ago but nearly 75% higher than April’s 8.73 million SAAR. Used car retail sales were also strong with August SAAR expected to be roughly flat from a year ago at approximately 20 million in August. Impressively, Manheim’s Used Vehicle Value Index was up 15.8% for August year over year. More importantly, the US housing market started booming. In August, existing-home prices for all housing types climbed 11.4% compared to a year ago, reaching a median of $310,600. Prices rose in every region of the U.S. August also marks the third consecutive month of gains, with total existing-home sales increasing 2.4% from July, and 10.5% from a year ago, reaching a seasonally adjusted annual rate of 6 million, the highest level since December 2006. In the meantime, new single-family home sales in August reached a seasonally adjusted annual rate of 1.01 million, also the highest level since 2006. August sales were 4.8% higher from July and 43% above the year ago level.

Auto and home purchases represent the two biggest item purchases for most consumers, and the two industries’ V shape recovery speak volumes of middle-class Americans’ financial strength. Importantly, real estate and motor vehicle manufacturing are industries with the biggest employment multipliers. According to the Economic Policy Institute (EPI), per $1 million of final demand in real estate and rental leasing, would create 22.6 total jobs, while $1 million of final demand in durable manufacturing, which includes auto manufacturing, would create 16.5 jobs. Separately, University of Michigan’s Consumer sentiment poll in the US jumped to 78.9 in September, up from 74.1 in August and well ahead of 71.8 in April, though still far below the 101 in February. Another interesting data point is Business Formation Applications for 2020Q2, which adjusted for seasonal variation, were 883,174, an increase of 4.8% from the first quarter of 2020, according to the Census Bureau, and the highest quarterly business applications since 2005.

Rebutting skeptics, the US economic recovery powered along in the third quarter, despite the extra unemployment benefit expiring at the end of July, and a resurgence of Covid cases in the beltway states in the summer. In July, August, and September, the US gained 1.8 million, 1.4 million and 661K jobs respectively, pushing unemployment down to 7.9%. June’s retail sales were 1.1% higher than the year ago period, and July and August retail sales continue to rise month/month and were 2.4% and 2.6% higher yo-y respectively. We believe the economic recovery continued partly because, the US economy and consumers were in pretty good shape before the lockdown, and the lockdown mostly affected the low end of the economic sphere.

Even the Fed, which is paid to be extra cautious, now expects the US GDP in 2020 to decline 3.7% and unemployment to drop to 7.6% by the end of the year. Three months ago, they forecast a 6.5% contraction in real US GDP this year and an unemployment rate of 9.3% by the end of 2020. The improvement in the Fed’s forecasts in a mere three-month period is rather stunning. Looking further into the winter and 2021, the timing of the availability of Covid vaccines will likely weigh on the speed of a continuous recovery but in particular impacting the recovery of hospitality related industries. We are of the belief Covid vaccines will become available to the general US population in spring/summer, which will play a crucial role in bringing down the unemployment rate to the preCovid levels.

While we feel fairly optimistic about the near term economic outlook in the US, much can still go wrong in the weeks and months ahead. We thought a phase 4 fiscal stimulus would surely arrive in August/September, which has now been derailed with a slim chance of passing before the election. It is gratifying to see however, retail sales remained healthy in August and consumer confidence improved in September. Big corporations such as Target, Amazon, Walmart, Fedex, UPS, have so far announced robust seasonal hiring plans for the holidays. As we embrace the fall and winter, a Covid comeback could very well happen. Together with the seasonal flu, and holiday gatherings, we could face a gloomy winter from a health perspective. On the bright side, by practicing social distancing, wearing masks, and generally conducting less social interaction, we suspect the flu season will be relatively benign. In addition, doctors and hospitals have become much better in treating Covid-19 patients, and Remdesivir, the only FDA approved therapeutics for treating Covid-19 will be able to meet real time global demand in the fall, according to Gilead Sciences, the manufacturer. Our base case scenario remains that the US will not reinstate a broad based shut down, though certain states may reverse to more strict mitigation measures. As long as the country remains broadly open, we believe the economic recovery will continue.

The biggest uncertainty, however, lies in the upcoming election on November 3. With less than a month to go, the outcome of the election and the increased likelihood of a contested election pose a real risk to market volatility in the near term. We are hoping, whichever candidate wins the White House, he will win in a landslide, so the country can be spared of a potentially painful and divisive dispute.

Down the road, the people and party controlling the White House and the congress will have a significant impact on the regulatory and structural directions of the country from economic, social, and cultural perspectives, as they always do. We are still yet to see the long term impact of Covid on the world, its implications on globalization, and the relationship between China and the rest of the world. We are yet to fully assess the influence of an increasingly digitalized world on our general life, and we are yet to address the widening wealth gap between the Haves and Have Nots, as a result of the fast evolving digital economy. It seems certain, however, some degree of decoupling from China will continue in the foreseeable future, given this is one of the few issues the republicans and democrats can agree upon, and the ideological divide between the two countries remain deep. More supply chains might migrate back to the US, potentially providing the manufacturing sector with sustainable growth opportunities. Strong technology investment will also continue, and technologically advanced firms, in every industry such as retail, restaurants, food manufacturing, have emerged as winners in this pandemic experience. Technology and R&D spending have become a staple of CAPEX in today’s corporate America, and those investments will continue to power above average growth in related industries and companies.

When we assess a typical SP500 firm, its valuation appeal has become even less attractive compared to three months ago. The Fed has assured investors they will keep rates at current levels for years. Therefore, discount rates will likely remain low unless the equity risk premium rises from the current level, which is already significantly higher than its 5 year and 10-year median. Forecast cashflows could improve if the US economy outperforms the latest expectations especially for 2021 and 2022, but with so much uncertainty regarding the upcoming election, any material revision could be premature. We believe the US stock market was perfectly justified to engineer a strong rally before the real economic recovery was reflected in the data, and we are cautiously optimistic the economic recovery will continue into 2021. All things considered, however, we believe the current SP500 market valuation is very rich, and is very vulnerable to negative surprises. That said, the equity market recovery has also been uneven with “value” significantly underperforming “growth”, “small” underperforming “large”, and numerous industries in bear territory, some of which might be justified while others not. As always, the Valuation 50 will seek to invest in the best names with attractive relative and absolute valuation in their respective sectors, commanding strong fundamentals and sustainable competitive advantage. 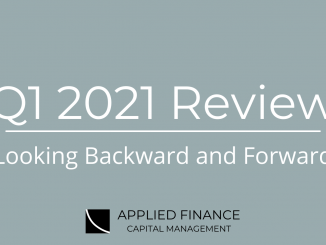 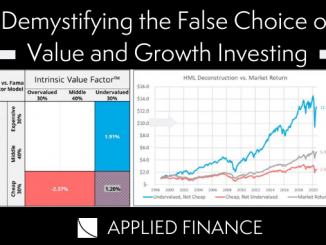 Demystifying the False Choice of Value and Growth Investing 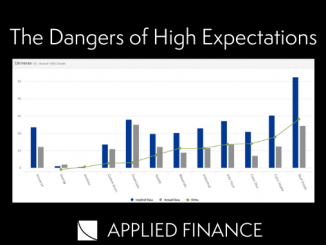 The Dangers of High Expectations